Airton, Malhamdale, in the Yorkshire Dales National Park, is located close to the geographic centre of the Pennines, where the east-west Way of the Roses cycle route crosses the north-south Pennine Way.

How Quakerism came to Malhamdale has always been somewhat of a mystery. The Meeting House in Airton, which has been a place of Quaker worship since at least the mid-1650s, is surprisingly large and substantial for its location. Outwardly, it appears designed to avoid calling attention to itself.

However, there is much more to the building than first meets the eye. This book begins to answer questions of when and why it came to be built in what has always been a small rural village. Close examination by archaeologist Laurel Phillipson and vernacular buildings specialist Alison Armstrong has revealed the previously unsuspected antiquity and great historical interest of the Airton Meeting House. 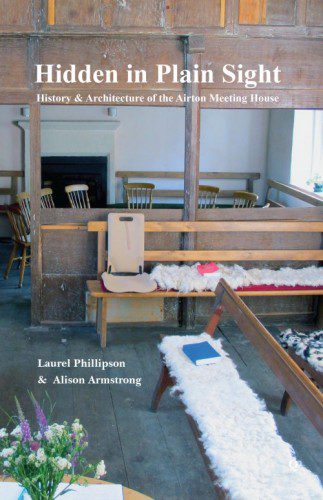